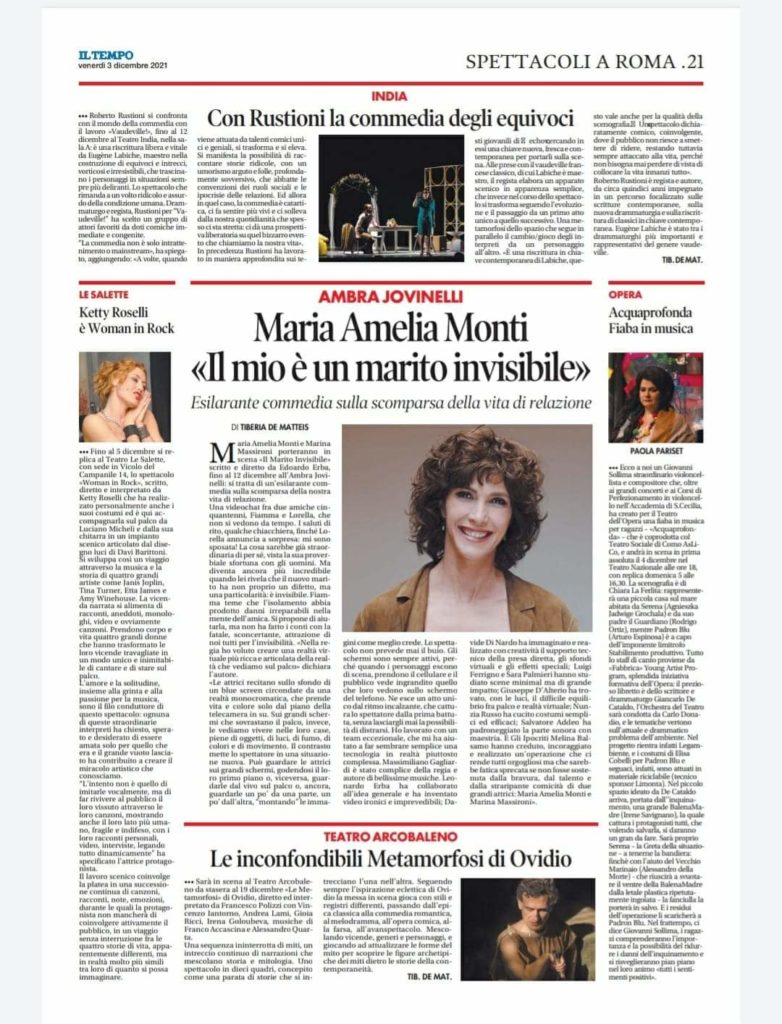 The show has been hosted in Milan at Teatro Franco Parenti 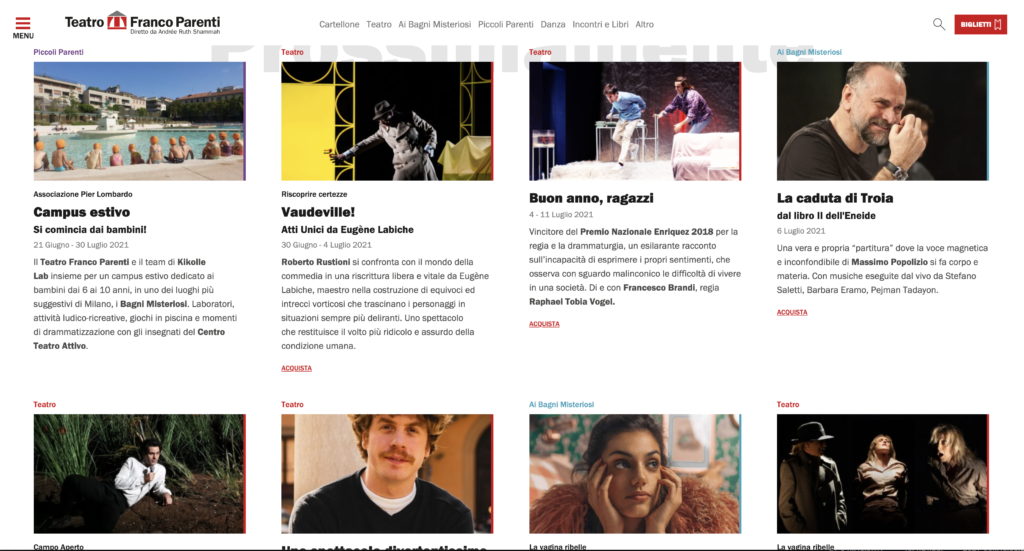 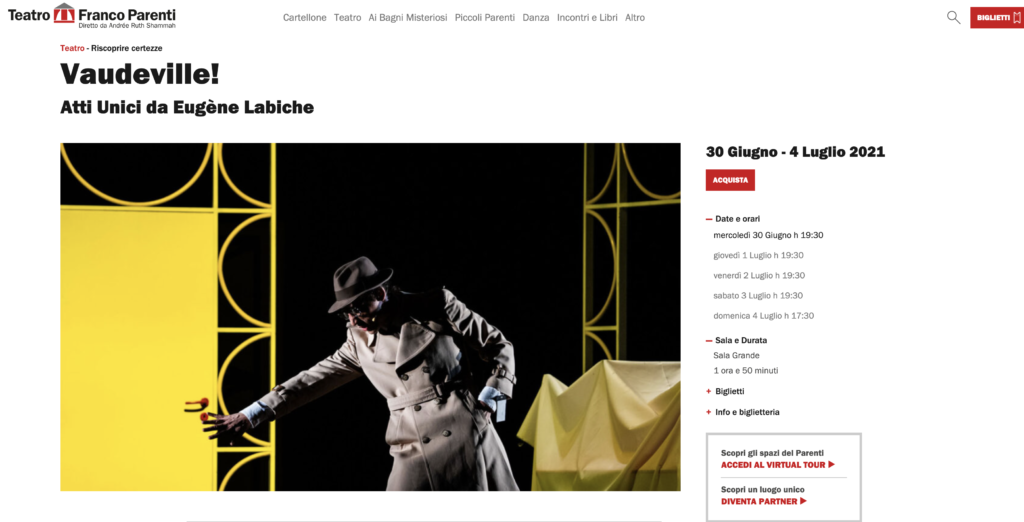 Luca wrote original compositions for the premiere of Vaudeville!, a show that actualize three works of Labiche using also the stand up comedy.

The idea and the direction is by Roberto Rustioni, the show is produced by Teatro di Roma and Napoli Teatro Festival

Excerpts for the show in Naples.