Luca is the solo electric and acoustic guitar in the Italian Premiére of I was Looking at the Ceiling and then I saw the Sky by John Adams at Teatro dell’Opera di Roma, taking part to the Teatro dell’Opera di Roma Orchestra together with some great soloist such as Maurizio Giammarco and a stunning cast of singers such as Daniel Keeling, Jeannine de Bique, Joel O’Canga, Wallis Giunta, Janina Burnett, Grant Doyle, with the conduction of Alexander Briger and the direction of Giorgio Barberio Corsetti.
See the ad here!

The show and Luca had a great success from the audience and the critic as well.
“…The musicians of the orchestra of Teatro dell’Opera are excellent, especially the percussionist and the guitar player. Alexander Briger conducts the ensemble with very theatrical rhythms…” Dino Villatico, review of “I was Looking at the Ceiling and then I saw the Sky”, Italian Premiere at Teatro dell’Opera in Rome, La Repubblica. 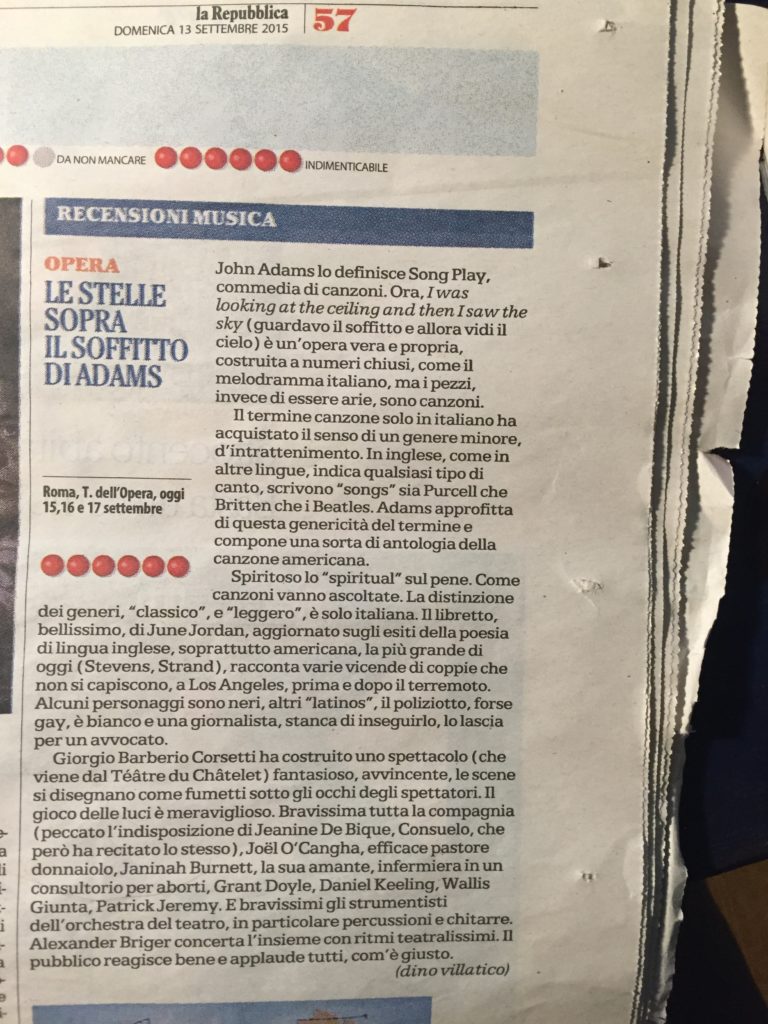